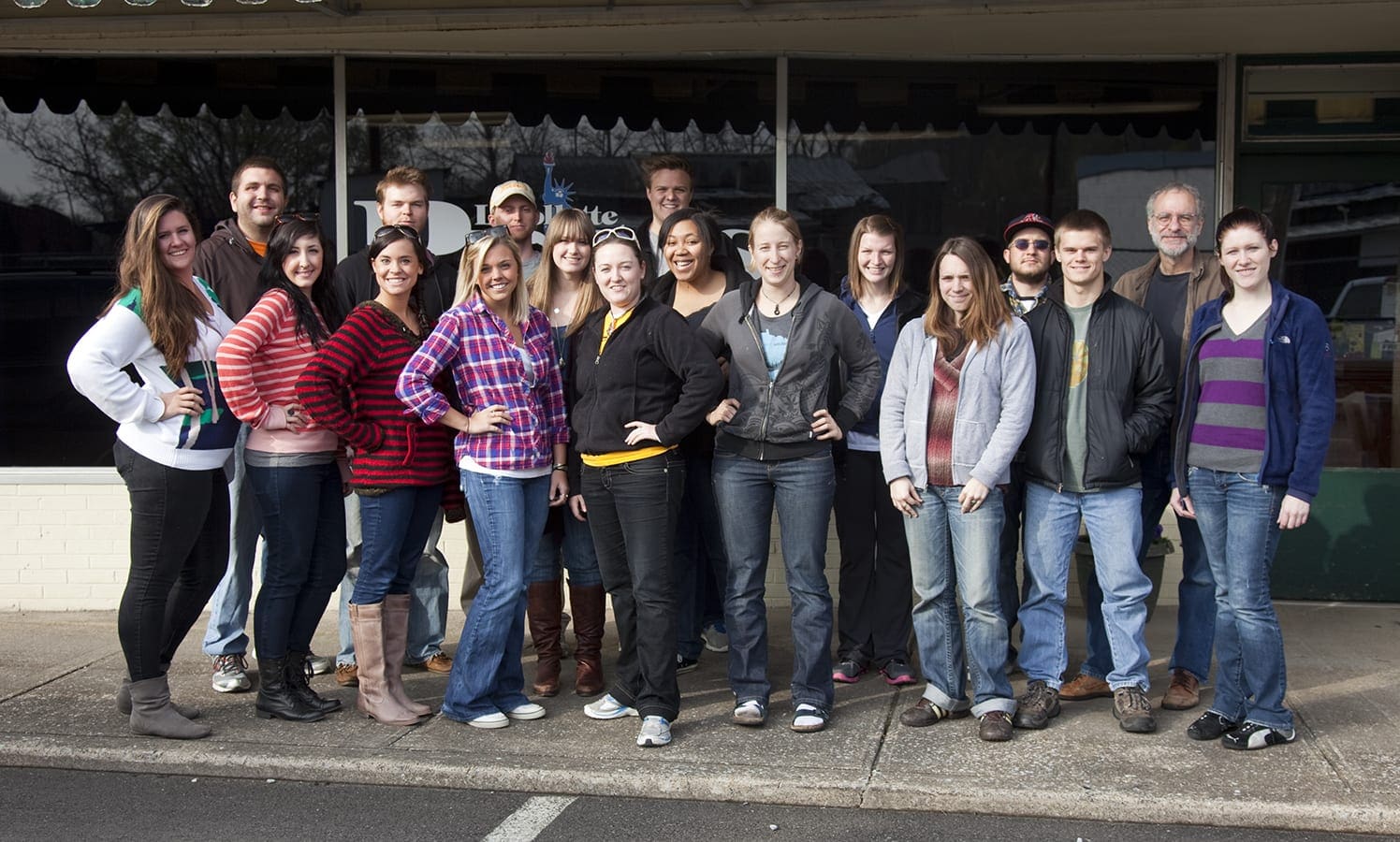 JEM Professor Robert Heller, along with his 490 Advance Photography class, spent 30 hours in LaFollette, Tennessee documenting life there as part of the 2011 edition of “Eyes on LaFollette.”

This is the 14th edition of the project which began in 1993.  The students took nearly 7,000 photos in the northern Tennessee town.

Some of the activities documented were a local church’s Friday night fish fry, a senior center excercise class, and the rounds of the local meals on wheels program.

“The nice thing about doing this over the years is that people know you’re coming back, they’re open to it,” says Heller.  “We wind up photographing some of the same people, and we even see them aging in our pictures.”

As always, the photos will go into a special section of the LaFollette Press on Thursday, April 14.