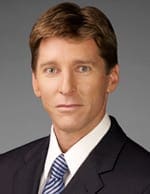 UT graduate and Senior Vice President for CNN International and Worldwide Sports will be on campus on Wednesday to accept the Distinguished Alumni Award from the Dean. Galvin graduated in 1985 with a degree in Broadcast Journalism.

Galvin speak at 1:25pm, Wednesday Feb. 20th in the Scripps Lab Theater.  He will receive the award and talk about his career, lessons learned along the way, his current position, and offer advice to current students.

Bill Galvin is senior vice president of business development and sports programming for CNN International. Appointed to this role in December 2011, Galvin is responsible for all special coverage and sponsored content on CNN International. Based at CNN’s world headquarters in Atlanta, he also oversees sport programming across CNN Worldwide.  In this role Galvin works closely with both International and Domestic ad sales with regard to business development strategies.

Galvin’s sports programming responsibilities include CNN’s worldwide coverage of such events as the 2012 London Olympics and the 2014 Sochi Winter Olympics and Brazil World Cup, in addition to joint productions with Turner Sports around U.S. events like the Super Bowl and NCAA Basketball Tournament.  From dual locations in London and Atlanta his team produces CNN International’s flagship sports news show, World Sport, feature shows like Living Golf and Open Court and documentaries under the World Sport Presents banner.  He is also responsible for the development and launch of new programming such as The CNN Football Club on CNNI and domestic sports programs featuring Rachel Nichols and Bleacher Report.

Galvin previously served as senior vice president of HLN programming where he was responsible for the network’s overall on-air presentation, editorial content and digital strategies.  In this role, he oversaw programming development, acquisitions, specials, event coverage and sponsorships.  Galvin joined CNN Headline News in 2002, overseeing the network’s coverage of the War in Iraq and the 2004 Presidential Election.  He then managed the rebranding to HLN, the “News and Views” network, launching shows such as Morning Express with Robin Meade, Dr. Drew and Showbiz Tonight.  Galvin also directed the launch of the network’s destination web site, HLNtv.com.

Prior to joining HLN, Galvin served as vice president and executive producer of the CNN/Sports Illustrated network.  He was responsible for CNNSI’s overall programming, production and digital integration after initially serving as the project manager for the 1996 launch of the joint venture.

Galvin joined CNN in 1988 and gained extensive experience as a sports producer for such award-winning shows as Sports Tonight and This Week in the NBA.  He produced live remote coverage of ten Super Bowls, several World Series, golf majors, NCAA Championships, Stanley Cup Finals and more.