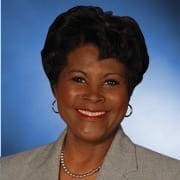 Three-time Emmy Award winning journalist and 1973 CCI graduate Anne Holt will be inducted into the Tennessee Journalism Hall of Fame on April 26th at Middle Tennessee State University. Holt has been an anchor at WKRN Channel 2, Nashville since 1976 and has won numerous awards including a George Foster Peabody Award for the investigative documentary “Under the Influence” and the Donald G. Hileman Distinguished Alumni Award from the University of Tennessee College of Communication and Information.

The new TJHOF is all inclusive of TV, radio, newspaper, electronic media, and public relations. The Tennessee Journalism Hall of Fame is based at MTSU’s Mass Communications Department, but is an independent non-profit organization dedicated to recognizing and promoting outstanding journalism and journalists in Tennessee.