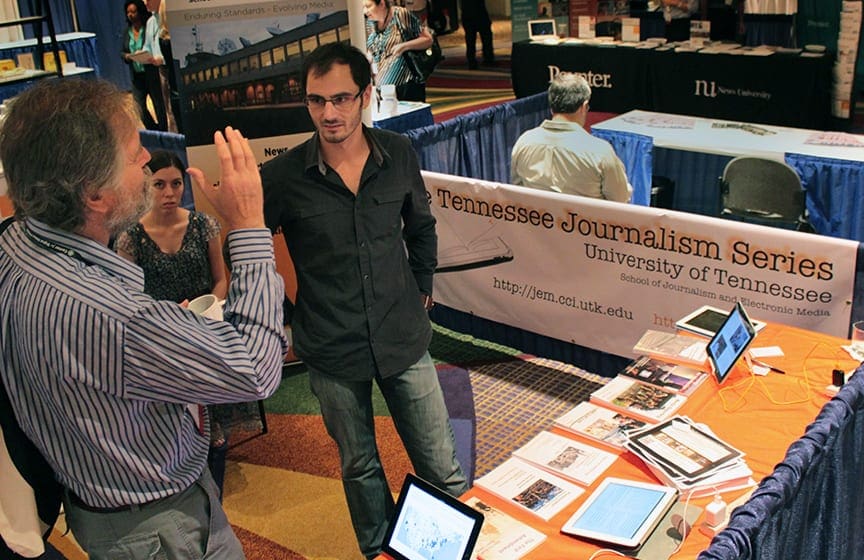 Faculty and students received several honors at the 2013 Association for Education in Journalism and Mass Communication conference in Washington, D.C., Aug. 8-11.

Doctoral student Denae D’Arcy, along with Communication Studies doctoral students Kyle Heuett and Katie Reno, placed second in the Moeller Student Paper Competition with “Oh man! Am I a Woman? An Analysis of ESPN.com User Comments on Danica Patrick’s Presence in NASCAR.”

During the conference, the School of Journalism and Electronic also hosted a booth to promote the Tennessee Journalism Series. The current set of 12 texts and instructional material were written and built for the iPad by JEM faculty. Professor James Stovall hopes to expand the stable of authors after faculty from attending universities expressed interest in collaborating.