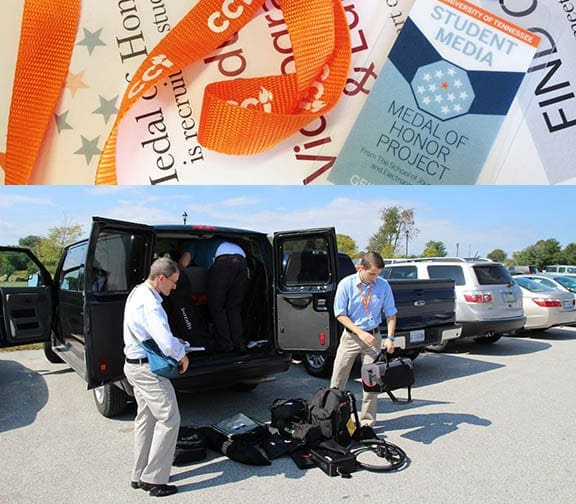 “I haven’t even come close to packing for the convention, but we have plenty of questions written for Bruce Crandall, Hershel ‘Woody’ Williams, Wolf Blitzer, Sebastian Junger and many of the other amazing recipients and journalists that we are getting the opportunity to interview,” shares Hathorn on the project website.

Nick Geidner, professor of journalism and director of the Medal of Honor Project, and Mike Wiseman, video specialist in the School of Journalism and Electronic Media, will accompany the students to Gettysburg.

To learn more about the project and follow along as it unfolds, visit MedalofHonorProject.org.