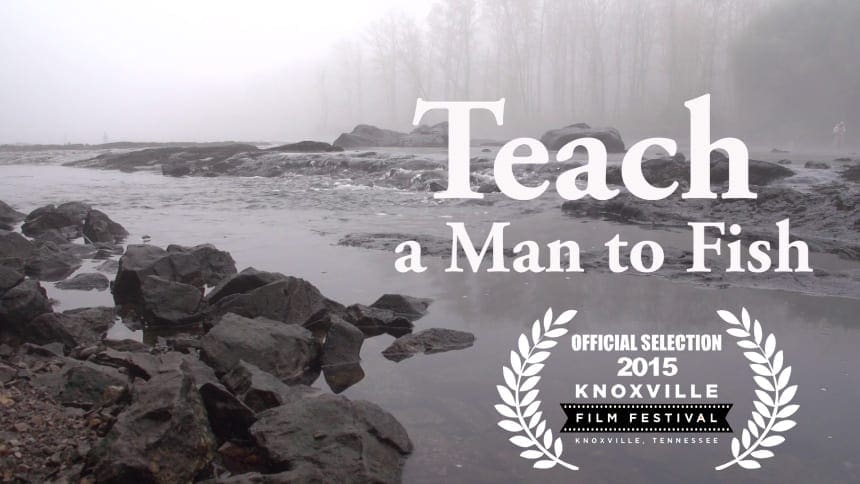 A short documentary produced by faculty and students from the School of Journalism and Electronic Media will be screened as part of the Knoxville Film Fest. “Teach a Man to Fish” is a 12-minute documentary telling the story of Project Healing Waters, a non-profit organization that teaches and takes wounded veterans fly fishing. The story follows two veterans who participated in the Smoky Mountain Grand Slam Challenge fly fishing tournament in October of 2014. The film was directed by graduate student Clinton Elmore, produced by assistant professor Nick Geidner and junior Hannah Marley, and edited by junior Maxwell Baker. The film will screen at Regal Downtown West cinema on Friday, September 18th at 4:00 p.m. Tickets can be purchased at the Knoxville Film Fest’s website. link: http://www.knoxvillefilmfestival.com/product/film-block-5/