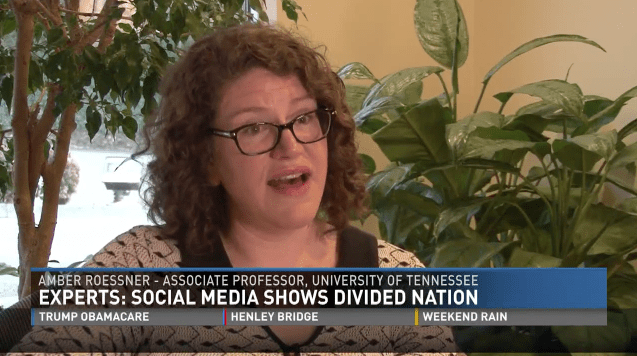 “He was really focusing on those anti-establishment and populist tones that kind of echo to some degree back to Jimmy Carter and Ronald Reagan.”

Professor Nick Geidner was interviewed by WATE about fake news and the current media climate.

“Us local news organizations need to be out front of reporting what is actually affecting people, because I think a lot of these fake news stories don’t affect us on a day-to-day basis, which is why I think we can take fake news – because it doesn’t really matter.”

Professor Mike Martinez was interviewed by WBIR about Trump not hiring a White House photographer, a tradition that started with LBJ.

“Without that kind of record – we have lost history. My gut instinct is he is not going to have one.”