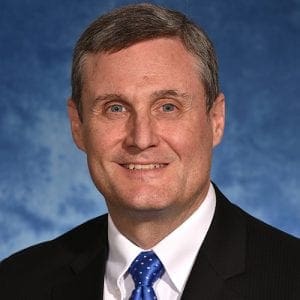 An internationally known expert in the field of cable telecommunication and broadcast economics, law and management, Mike has conducted research under grants from a number of organizations, including the National Science Foundation and the National Association of Broadcasters. He was the first Guest Professor from the United States to the School of Journalism and Communication at Renmin University in Beijing, China (1997), and served as the first Visiting Professor from the U.S. to Zhejiang University’s School of Journalism & Communication, in Hangzhou, China (2001). Mike was one of only two academics, worldwide, invited to deliver a keynote speech to China Central Television’s International Forum on Chinese TV and Media Development (2003). He also served as a member of the Experts Advisory Board of the Communications Economics Research Program at Curtin University of Technology’s School of Economics and Finance in Perth, Western Australia (1997-2000), where he served as a Visiting Professor during Summer 1999. He served as a member of the National Television Academy’s Education Committee (2003-2007) and is a member of the Executive Committee of the Association of Schools of Journalism and Mass Communication (2018-2021). The Broadcast Education Association selected Mike as its 2021 Distinguished Education Service Award winner and the International Radio and Television Society Foundation honored him as its 2000 Frank Stanton Fellow.

Mike has extensive training and experience in statistical and research analysis. He specializes in the development of econometric models characterizing various aspects of media economics, marketing and policy. He has co-authored one book, Costs, Benefits, and Long-Term Sustainability of Municipal Cable Television Overbuilds and he is co-editor of the Handbook of Media Management and Economics, which received the 2006 Robert Picard Award for the most significant contribution to the field of media management and economics. He has published numerous scholarly articles and essays which have appeared in such periodicals as Journal of Regulatory Economics, Journal of Economics and Business, Telecommunications Policy, Quarterly Review of Economics and Business, Information Economics and Policy, the Journal of Broadcasting & Electronic Media, the Journal of Media Economics, The International Journal on Media Management, and in scholarly books.