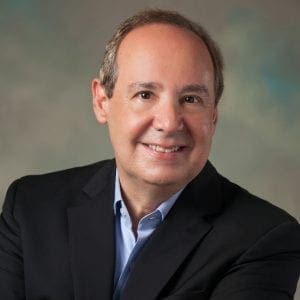 Stuart N. Brotman is the inaugural Howard Distinguished Endowed Professor of Media Management and Law and Beaman Professor of Journalism and Electronic Media at the University of Tennessee, Knoxville. This academic appointment is the only one of its kind in the world. He has served in four Presidential Administrations on a bipartisan basis and has taught students from 42 countries in six separate disciplines: Communication, Journalism, Law, Business, International Relations, and Public Policy. He also has advised private and public sector telecommunications, internet, media, entertainment, and sports clients in more than 30 countries on five continents.

Under the auspices of UTK’s Howard H. Baker, Jr. Center for Public Policy, Brotman has been selected by the U.S. Department of State to develop five semester-long Diplomacy Lab interdisciplinary graduate research seminars. He also has directed graduate political communication seminars for the 2016 and 2018 elections, based on the unique research capabilities of the College of Communication and Information’s Adam Brown Social Media Command Center. He serves on the College of Law’s Institute for Professional Leadership, as well.

He is the first-ever UTK faculty member to be appointed as a residential Fellow at the Woodrow Wilson International Center for Scholars in Washington, DC, based in its Science and Technology Innovation Program.

Brotman is an honorary adjunct professor at the Jindal Global Law School in India and an affiliated researcher at the Media Management Transformation Centre of the Jönköping International Business School in Sweden. He serves as an appointed arbitrator and mediator at the World Intellectual Property Organization in Geneva, Switzerland, and as a Fellow of the Salzburg Global Seminar, where he was a Visiting Scholar in its Academy on Media and Global Change. He also is an Eisenhower Fellow.

He currently serves on the editorial boards of the Federal Communications Law Journal, Journal of Information Policy and the Journal of Media Law and Ethics, as a director of the Telecommunications Policy Research Institute, and on the Future of Privacy Forum Advisory Board. He is the first Distinguished Fellow at The Media Institute, where he also serves on its First Amendment Council.

Brotman served on the founding leadership team of the National Telecommunications and Information Administration. As Chief of Staff, he worked closely with the White House, Congress, the FCC, FTC, the U.S. Department of Justice, other Executive branch departments and independent agencies, and the research and academic community in developing durable models for telecommunications, media, and information convergence.

Brotman served as a Nonresident Senior Fellow in the Governance Studies Program's Center for Technology Innovation at The Brookings Institution in Washington, DC. He also served as the Fulbright-Nokia Distinguished Chair in Information and Communications Technologies in the Faculty of Social Sciences, Department of Social Research/Media and Communication Studies, at the University of Helsinki. At Northwestern University in Qatar, he served as the inaugural Professor of Communication in Residence.

At Harvard Law School, he was the first person ever appointed to teach telecommunications law and policy and its first Visiting Professor of Law and Research Fellow in Entertainment and Media Law. He also served as a faculty member at Harvard Law School's Institute for Global Law and Policy and the Harvard Business School Executive Education Program. He served as the first concurrent fellow in digital media at Harvard and MIT, at the Berkman Klein Center for Internet and Society and the Program on Comparative Media Studies, respectively.

Under appointment by the United States Library of Congress, he also served as one of 50 intellectual property experts on the Copyright Arbitration Royalty Panel that was convened to resolve disputes regarding copyright fees to be paid by cable television companies to producers of film and video programming.

As a Senior Fellow at Northwestern University’s Annenberg Washington Program in Communications Policy Studies, Brotman served as Director of The Annenberg Washington Program's Winter Faculty Workshops on domestic and international communications. He also served as a Century Fund Fellow in Law and Journalism, an Information Technology Fellow at the Center for Strategic and International Studies in Washington, DC, an Academic Fellow at Tel Aviv University’s Jaffee Center for Strategic Studies, a Leonardo da Vinci Research Fellow at George Mason University’s Antonin Scalia Law School Center for the Protection of Intellectual Property, and a Research Visitor at the University of Melbourne Law School’s Centre for Media & Communications Law.

He served as President and CEO of The Museum of Television & Radio, the premier trust of television and radio’s heritage under his leadership, where he oversaw all museum operations at its New York and Los Angeles locations, including a collection of 140,000 television and radio programs spanning more than 75 years and representing 70 countries.

Brotman is the author or editor of over 50 books (including multiple editions). They include The Telecommunications Deregulation Sourcebook, a popular reference volume covering the broadcasting, cable television and telephone industries; Telephone Company and Cable Television Competition, a pioneering anthology dealing with technical, economic and regulatory aspects of broadband networks; Broadcasters Can Negotiate Anything, a best-selling management education book for radio and television executives; Communications Law and Practice, the leading comprehensive treatise covering domestic and international telecommunications and electronic mass media regulation; Privacy’s Perfect Storm: Digital Policy for Post-Pandemic Times; and The First Amendment Lives On.

His essays have appeared in major newspapers throughout the United States, including the AtlantaJournal-Constitution, Boston Globe, Chicago Tribune, Christian Science Monitor, The Hill, Los Angeles Times, The New York Times, San Francisco Chronicle, The Tennessean, and The Washington Post. He also has authored chapters in the Association for Education in Journalism and Mass Communication’s International Encyclopedia of Journalism and in the leading undergraduate textbook, Communication and the Law.

M.A. in Communications, University of Wisconsin-Madison