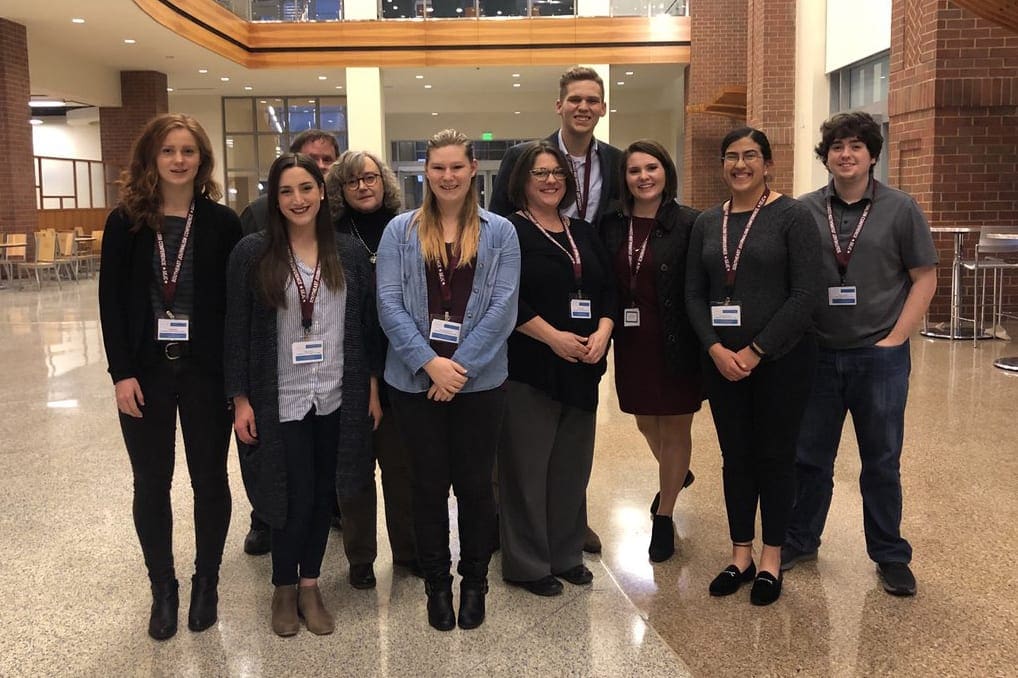 JEM assembled an eight-journalist squad to participate in the onsite competition for the first time, finishing in a third-place tie with Lipscomb University in team scoring. The competition required a well-rounded group of specialists from writers and editors to photographers and broadcast reporters. The top three competitors for each division were recognized, including first-place finishes by Tyler Wombles in sports writing and Haley Harbin in copyediting.

UT students also took part in the Best of the South competition, which judged selected entries sent in advance of the competition. Tennessee recorded 10 top-10 results in a number of categories. Notably, Andrew Capps scored a pair of top-10 finishes, placing fifth in Best Features Writer and 10th in Best News Writer for his articles from the Knoxville News Sentinel. Olivia Johnston was second in Best Radio Hard News Reporter for her clips from WUTK 90.3 FM, and Evan Newell took third place in the Best Opinion/Editorial Writer competition for his “From Hill to Hill” columns in The Daily Beacon.

The SEJC includes 32 colleges and universities from seven states across the region. The Best of the South Competition included 442 entries from 31 members. Top-three rankings came from 24 schools and first-place finishes from 16 schools.