Five years ago, if someone had told David Cobb he would be leaving a job as a Tennessee football and basketball beat writer in 2018, he likely would have told them they were crazy.

If they had gone on to tell him that he would be joining his hometown paper as an NBA beat writer, he might have told them they were even crazier.

In the fall of 2018, that dream came true for Cobb, a graduate of the University of Tennessee who majored in Journalism and Electronic Media. He took on the role of an NBA Insider for The Commercial Appeal, where he covers the Memphis Grizzlies.

The story started long before Cobb arrived in Knoxville for college, though.

“I think I always knew it was something I wanted to do,” Cobb said. “But I just didn’t know how practical it was. Who wouldn’t want to be a sports writer?”

“Really early on, I started to realize this is something I could actually do,” he said. “Before I even got there (UT)…I wanted to reach out to The Daily Beacon and see if they would let me write something.”

Sure enough, The Daily Beacon gave him the opportunity to be the Tennessee volleyball beat writer. As a 19-year-old, Cobb said he was immature, but he quickly realized he must grow up in order to make his dream work.

It didn’t take long for him to realize sports writing was what he wanted to do.

“It was then, sitting courtside, hearing Rocky Top and interviewing the coach that I was like ‘Oh my gosh, I am doing this already,’” Cobb said. “Obviously there is a gap there between doing it for the student paper and finding a job, but that made me realize I was on the right path.”

After his freshman year, he applied for the sports editor and assistant sports editor position at the Daily Beacon, since both of those spots needed to be filled. Though he did not land either position, Cobb is still grateful for a different opportunity.

“I was kind of disappointed when I didn’t get assistant sports editor or sports editor for my sophomore year, but they offered me the chance to be the assistant news editor,” he said. “I could have just said no, but that would have stunted my growth overall. Of course, that led to me being sports editor and sports columnist my senior year.

“Man, the Beacon was everything. You learn a lot in your classes and they give you the fundamentals…they reinforce the things you learn through working at places like the Beacon.”

Following his freshman year, Cobb worked in the Memphis heating and air conditioning business over the summer. As sweat glimmered on his skin in the attics of Memphis residents, he came to a dramatic realization.

“Man, if I could write about sports and make as much money as the heating and air conditioning guys, then I would be the luckiest man alive,” Cobb said. “I hope that when I am tempted to complain about my job sitting in the air-conditioned press box, I think about the guys who are working in the heat all day and waiting to get off work so they can pull up a sports article on their phone.”

In order to turn that dream into a reality, he began freelancing for The Daily Times in Maryville while he was the assistant news editor at the Daily Beacon.

“It was kind of like I had a 9-to-5 on the news side, and then at night I got to go do freelance assignments,” Cobb said. “You work full-time hours, essentially, doing this.”

Along with the full-time hours, he also had to handle classes and homework. His professors were fully aware of the work he was putting in outside the classroom.

“He was a go-getter,” Dr. Amber Roessner, an associate professor in the UT JEM school, said. “He was not only taking advantage of opportunities on campus at student media outlets, but he was also engaging in opportunities as a freelance sports reporter…it’s those types of attributes that set students like David apart.” 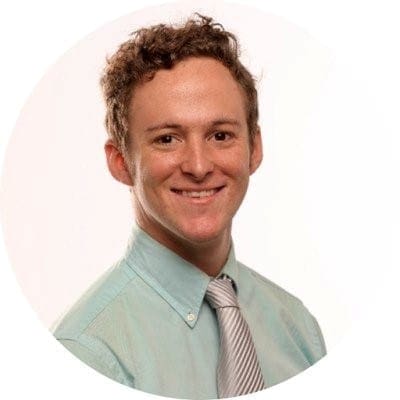 David Cobb was a Memphis Grizzlies beat writer for The Commercial Appeal in Memphis. Photo courtesy of Twitter.com.

Those attributes were setting him apart in the minds of prospective employers as well.

During his junior year, he got an email from someone at the Chattanooga Times Free Press who wanted to know if he was interested in a six-month, full-time internship the following semester.

Even though the internship was less than two months from starting, Cobb had accumulated enough dual-enrollment credits to be able to pause school for six months and take the position.

“That got me in the pipeline with them (the Times Free Press),” he said. “When I graduated, I didn’t have to go to Iowa or Texas like some of my other friends have done.”

The rest is history. After finishing the internship and completing his degree, Cobb took a full-time position covering outdoor sports before he was promoted to the Tennessee athletics beat.

Like many journalists, Cobb has dealt with the struggles of finding relevant stories that captivate his audience, but even other Tennessee beat writers have noticed his knack for finding a good story to tell.

“I appreciate the way David approaches this job,” Knoxville News Sentinel sports writer, Mike Wilson, said. “It’s difficult to find stories that are different, but he does a good job of doing that.”

Now, Cobb finds different stories in Memphis, where his dreams were formed.

“As a Christian, I think God has had a lot to do with some of the opportunities I have gotten,” Cobb said. “I have just been really, really lucky all the way around, at my age, to do some of the things I have gotten to do.”

His advice to young journalists? Work hard and make connections.

“If Phil Kaplan (the News Sentinel sports editor), for instance, just had to hire a high school sports writer, say he had asked Mike Wilson if he knew of anybody who would be good for the job,” Cobb said. “Mike’s not going to know someone he has never seen…just being around and immersing yourself in it from the earliest date possible is only going to help you.”

A late start won’t doom Tennessee journalism students, he said, but following the David Cobb method has a proven track record. It takes just a glance at his successful journey up the ladder of life.