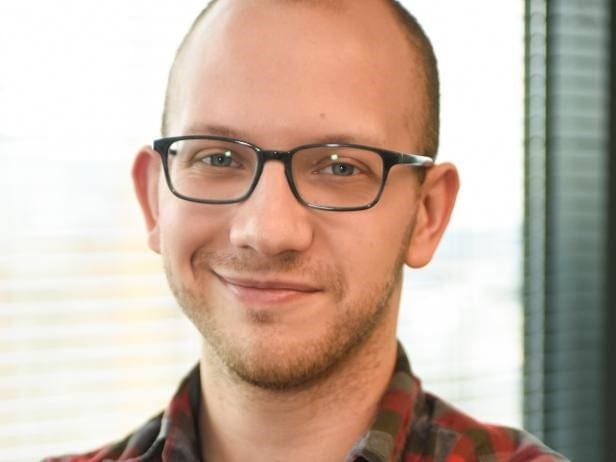 A journalism major opens many doors, not just those to hard news. Just ask Jordan Lawson, a graduate of the University of Tennessee’s School of Journalism and Electronic Media, and an online editor for Discovery.

Lawson grew up around Knoxville, so the decision to go to the University of Tennessee was easy. There, he decided to pursue a major in journalism and got involved with The Tennessee Journalist, TNJN.com, the official news website for the School of Journalism and Electronic Media.

“I just kind of thought I really need to put together some clips and get some experience under my belt,” Lawson said.

After his work with TNJN, Lawson became a copy editor at the Daily Beacon and deputy editor for the student-run SCOOP magazine. Both of these experiences helped boost his resume and land him an internship at EuroCheapo, a travel website.

Not only did his experience help, but Lawson sought out assistance from professors who helped him land his first internship. Dr. Elizabeth Hendrickson, who is no longer at the university, helped Lawson find contacts at EuroCheapo. Hendrickson was “instrumental” in Lawson’s career path as his professor, advisor, and mentor.

Lawson graduated in 2011 and was unsure what the future held.

“I knew I didn’t want to do hard news,” Lawson said. “That just wasn’t my thing. I knew that the lifestyle and travel stuff was more my speed.”

He sent an application to Hearst Magazines and received an invitation to interview for Country Living magazine.

“It felt like I was putting my name into a Hunger Games bowl,” Lawson said. “I just put in an application for Hearst and they called me and said I had an interview. It probably changed my life.”

Lawson took a big leap from his home in Knoxville to New York City. After a few months of interning for Country Living, Lawson moved back to Knoxville where he got a job through a temp agency doing data entry for a debt collection company.

“My temp job paid me fine, but it wasn’t in any field that I wanted to be in,” Lawson said. “I didn’t feel like I was working toward what I wanted to do.”

While working for the temp agency, Lawson was able to do some freelance work around Knoxville on the side, and that reminded him why he wanted to pursue a job in media. He quit the temp job and moved back to New York City for two simultaneous internships, one with Men’s Journal and the other with Eurocheapo again.

“You leave college, and you have this expectation that you’re going to get a job, but you really have to put in the work,” Lawson said.

After his second round of living in New York City, Lawson looked to the media fields he was interested in and knew he was ready for a full-time job. He applied for a job in Atlanta. The company wanted him, so he started as a content editor for Forbes Travel Guide, where he was able to work in a field that really interested him.

After some time at Forbes Travel Guide, Lawson applied for a job at Discovery, which later bought Scripps Network, also in Atlanta. He landed a job as an editor, primarily for HGTV, creating newsletters — often on tight schedules.

“I’m writing on a daily deadline, basically. I do about six or seven newsletters a week,” he said.

Part of Lawson’s job is examining what the company needs promoted and determining what content will produce the most audience engagement.

Looking back, Lawson has one big piece of advice for his younger self: start earlier.

“You don’t have to go crazy and not have a social life,” Lawson said, but getting involved in student media earlier than his junior year could have given him much more experience that could have impressed potential employers sooner. Lawson emphasizes the importance of finding out what you want to do in college.

“If you don’t know what you’re passionate about, take some time and figure out what you want to do.”

He also thinks that the relationships that students develop with professors is extremely important. For Lawson, knowing Dr. Hendrickson and seeking her advice paid off.

“She put me in touch with so many people,” Lawson said. “One is a UT grad who is now one of my best friends in the world. She helped me find my very inexpensive, but still habitable, New York City apartment with some people when I moved out there the second time.”

When it comes to what you know versus who you know, Lawson says there is no substitute for hard work.

“If you have good experience and can show that you know your stuff: writing editing, fact checking, all the essential skills of journalism and communications degrees in general, I think you can get a good internship or a job out of that,” Lawson said.

The road to his job was not always easy or certain. Lawson said it was easy to get bogged down in pursuing other jobs

“When you’re doing what you want to do, it just feels right,” he said. “When I wasn’t doing that, it was hard.”