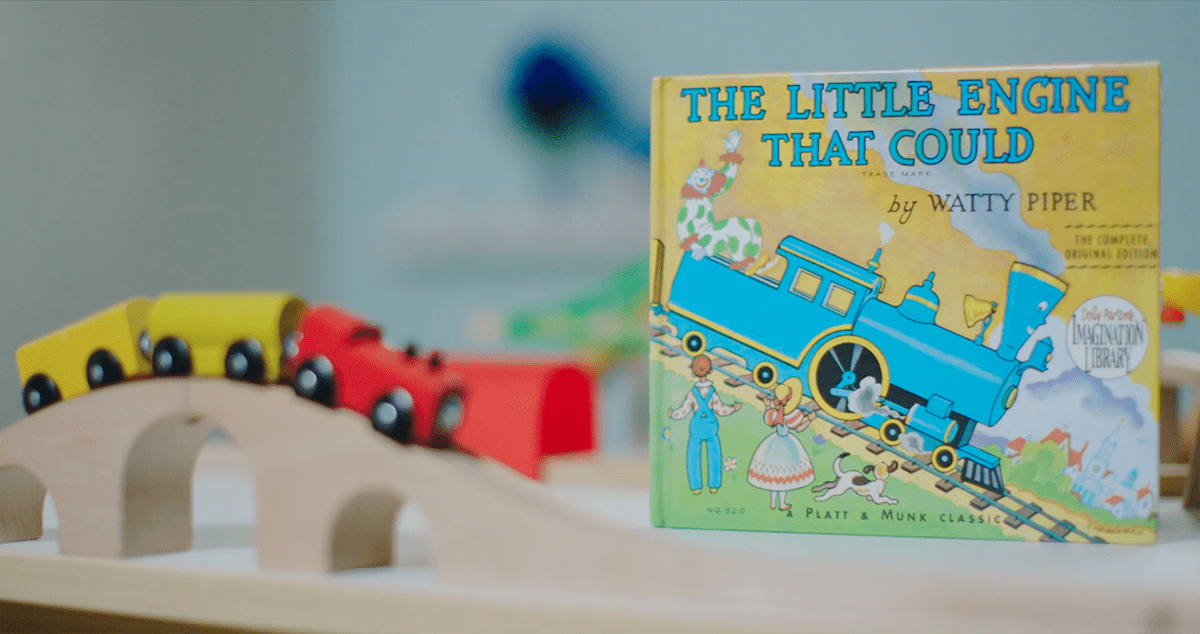 “My one-and-a-half-year-old, Sam, who makes some cameos in the film, loved the first episode, especially at the end when Dolly sang ‘I Believe in You,’” Geidner said. “He loved the woo-woo-woos in the song, but I also think he loved it because it is the song we play under the credits of our film.”

The first episode, featuring Parton reading aloud from The Little Engine That Could, has been viewed more than 300,000 times. In upcoming episodes, she will read from her own works as well as from a selection of classics such as Llama Llama Red Pajama.

Geidner’s film was crewed by 15 student members of Land Grant Films, an Emmy-nominated documentary production program housed in UT’s School of Journalism and Electronic Media. The students were able to interview Parton multiple times for the film.

“One of the things we really wanted to show in the film is that although many people work together to make the Imagination Library happen, there are parts of the program that are uniquely Dolly,” he said. “The Little Engine That Could is the first book every child receives in the Imagination Library and that was completely Dolly’s doing, so it was so great that that’s the first book she read for this series.”

The national premiere of Geidner’s film, originally set for this spring, has been rescheduled for the week of September 21, which also is the Imagination Library’s 25th anniversary. New episodes of Goodnight with Dolly will be available each Thursday evening on the Imagination Library, Dolly Parton, and Dollywood YouTube channels.