The University of Tennessee’s School of Journalism and Electronic Media welcomes two new assistant professors this school year: Dr. Mustafa Oz and Dr. Guy Harrison. As they join the Vol family, they will swap their respective alma mater colors for Tennessee Orange.

Following his time as an assistant professor at the University of Southern Indiana, Oz is making Rocky Top his new home. He obtained his Ph.D. in journalism and a master’s in political communication from the University of Texas at Austin, and a bachelor’s degree in radio, television and cinema from Ege University. 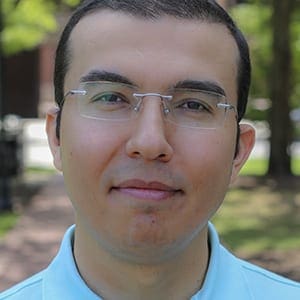 Oz is excited about coming to UT to teach and do research. He is especially looking forward to expanding his research program, which revolves around social media.

He is also looking forward to improving his teaching skills and learning more about the University’s resources for students. During his time in Indiana, he developed and taught several courses about social media and emerging technologies.

“I want to connect with my students, get to know them and help them succeed,” Oz said. “The JEM program offers excellent resources to its students, such as the [Adam Brown Social Media Command Center] and the student media outlets.”

The JEM program’s structure and members spurred his move from a small city in Indiana to the mountains and valleys of Tennessee.

“The University has a robust journalism program and fantastic faculty members,” he said. “I believe I can make a meaningful contribution to the school’s ongoing efforts to expand its journalism program in line with the evaluation of technology.”

Oz has a passion for research collaborations, and he hopes to collaborate with other faculty members on different research projects. When he’s not working, he shares an affinity for running and hiking with his wife, and they have completed multiple half-marathons in recent years.

They decided that Knoxville is the place to raise their two daughters after their visit back in February. The city offers many advantages that the Oz family was searching for. As an immigrant from Turkey, the diversity of Knoxville stuck out the most.

“My family and I wanted to live in a bigger and more diverse city. We especially love the diversity, nature and affordability of [Knoxville],” he said. “So, with its natural beauty, parks and trails, Knoxville is a perfect city for us.” 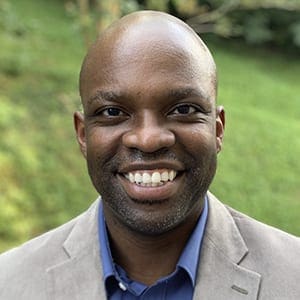 Although he majored in broadcast journalism as an undergraduate student, Harrison didn’t follow that route upon graduation.  Instead, he chose to pursue sports information/collegiate athletics media relations, where he worked closely with a number of women’s sports teams.

While he did major in broadcast journalism as an undergraduate student, Harrison didn’t follow through with that route upon graduation, which was partly due to his experience during a sports broadcast internship at a television news station. There, he witnessed first hand how toxic masculinity affects the sports media work environment. He, instead, chose to pursue sports information/collegiate athletics media relations, where he worked closely with a number of women’s sports teams.

“As an SID, I saw just how drastically different fans, the media and administrators treated women athletes and their teams,” Harrison said.

He explained that he hopes to contribute to the sports media field becoming more equitable in its coverage of women and people of color. He also hopes to help the field become a more welcoming and equitable place for marginalized people to work in. His upcoming book, “On the Sidelines,” uses feminist theory to look closely at the mistreatment of women sportscasters and is due for release in 2021.

“The book is a step toward that [goal], but I know one book isn’t enough,” he said. “I believe UT offers a great environment for me to continue this work.”

While attending different academic conferences, Harrison met several UT scholars whose research intersects with his own. He explained that the opportunity to work with collegial scholars was highly appealing. Additionally, he identified the Southeastern Conference [SEC] as being a key factor in his move to Knoxville.

“As someone who studies and teaches sports media, it’s hard to beat the SEC as an academic destination,” he said. “This part of the country is so sports-centric; it was easy to imagine there would be a demand for sports journalism instruction and institutional support for sports media research.”

While at UT, he hopes to help shape the future of sports media as well as helping future journalists become well-rounded.

“I’ll have the opportunity in the classroom to train the next generation of sports journalists– and journalists in general– with the mindset that it helps to know more than just your favorite sport or favorite hobby,” Harrison said. “Whether they cover sports, politics or entertainment, my hope is that my students leave JEM as well-rounded journalists– not just in terms of skill, but in terms of knowledge.”

He got the opportunity to teach college courses after working in sports information. It was then that he realized just how much he enjoys teaching.

“I decided to pursue my Ph.D. at [ASU] so I could teach full time, and it was during my doctoral studies at the [Walter Cronkite School of Journalism and Mass Communication] that I realized I had an opportunity to make an impact not only as an instructor, but also as a researcher.”