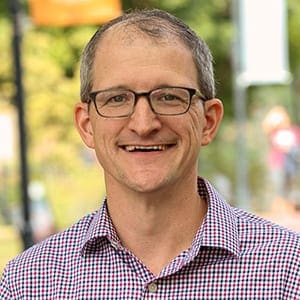 “My oldest son got the Imagination Library books, and we just really loved the program,” he said. “He was graduating out of the program, so we wanted to do something to say ‘thanks’ and to acknowledge this program.”

He also explained that this Land Grant Films’ documentary started as a small project.

“We were thinking about doing something fairly small and based around [the program] giving out 100 million books, and [the project] just kept growing and growing,” Geidner said. “It was a long process … there was no point where we decided that this was going to become this huge thing. We were originally picturing regional television and PBS stations across the state or something.”

Through this documentary, he learned that our awareness of nonprofits often depends on the nonprofits’ fundraising efforts.

“It’s a national organization, where at the national level [Parton] pretty much covers all the costs, and locally [affiliates] have to raise some money. In the grand scheme of things, it’s [a relatively small amount of money for the affiliates],” Geidner said. “Knox County, which is a huge county for the Imagination Library, needs to raise a quarter million dollars a year. Other fantastic nonprofits have to advertise and get their story out there, whereas the Imagination Library has never really had to do that because of how it grew.”

Geidner and the Land Grant Films crew wanted to show a new angle of Parton’s life through her philanthropy.

“I think we tried to reframe her story, and I think it does tell a little bit of a different story about [Parton] than what has been told before,” he said. “We wanted to show that every time [Parton’s] gotten any major movement in her career, it’s been directly paired with her coming back to Sevier County and doing something good for her people. I don’t think her philanthropy is appreciated for being as expansive as it is.”

Land Grant Films plans to live stream “The Library that Dolly Built” on Dec. 9. It will be followed by a live Q&A with Parton, who will also perform one of her songs.