They trekked across campus sporting their University of Tennessee shirts, hats and even checkered overalls.

They also walked the curved halls of the College of Communication and Information [CCI], where they laid the foundations for their careers in sports media.

These journalism and electronic media [JEM] alumni are eight of the hundreds who’ve found careers in sports media, and all of them agree that their work on campus helped shape their careers.

Students in the JEM program learn about social media platforms and how to use them as content creators. 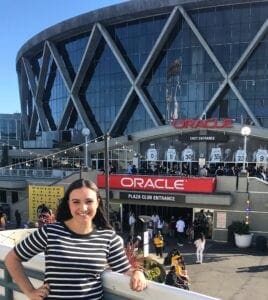 Katherine Donnelly found a career managing and producing sports-related content for social media platforms such as Snapchat and Instagram.

“I work on the digital video/social team at ESPN. I write, edit and produce for the daily SportsCenter show on Snapchat, and I also make content for other ESPN platforms like Instagram and [ESPN’s website],” Donnelly said. “[JEM] gave me the tools and information I needed to connect with people and help them remember me and the skills I can bring to the table. Because this business is a lot about who you know, networking and making connections will get you far.”

David Cobb has been a college sports writer for CBS since January 2020. 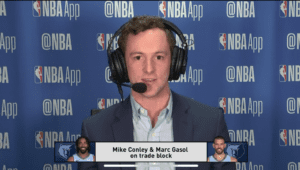 “My job at CBS Sports is a good mixture of in-depth reporting and breaking news writing,” Cobb said. “I can be pitching an enterprise story that requires calling college basketball coaches one minute and then be writing a short story about the commitment of a five-star football prospect a few minutes later.”

While studying in JEM, Cobb’s professors prepared him for how to face ethical issues as a journalist.

“The emphasis on diversity and inclusion in [JEM] helped prepare me to approach topics with the proper tools. It’s important to understand the role media play in shaping narratives around race, religion, gender [and so on],” Cobb said. “The UT journalism program’s devotion to equipping its students with this perspective helped equip me with the empathy required of a full-time journalist.” 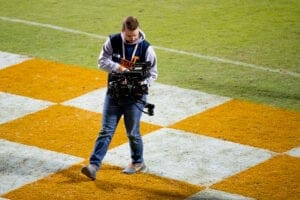 Isaac Fowler is another alumnus who took full advantage of media outlets on campus. He worked as a student assistant for VFL Films, where he shot and edited a variety of content for Tennessee Athletics. He started working full-time for VFL Films as a video producer immediately after graduation.

“The majority of my projects are based with our football team, but I enjoy shooting all of our teams when I have the chance,” Fowler said. “During the course of a year, I will create television commercials for ticket sales, edit jumbotron videos for recruiting visits, shoot and edit social media content and produce episodes for one of our football podcasts, ‘The Slice.’”

In addition to his time with VFL Films while in college, Fowler also worked with Land Grant Films, which provides students with documentary production experience while raising awareness for local nonprofits.

“The JEM program provided me with many of the foundations I needed to be successful in my career. Writing, finding stories and how to ethically pursue those stories are lessons I use every week,” Fowler said. “Through the program, I met some of my best friends who are still creative partners to this day. To use a sports analogy, [CCI] provides its students with the playbook to go out and execute on the field at a high level.”

Josh Lively is the assistant director of sports information for Athletic Communications at MSU. He creates content for three divisions: media relations, public relations and statistics. 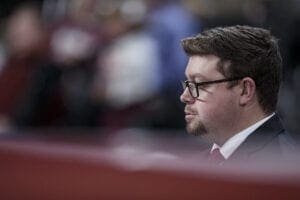 “With media relations, I am the liaison for local and national media to my programs,” he said. “I work hand-in-hand to set up weekly press conferences, one-on-one interviews and broadcast meetings before every game. For public relations, … I am responsible for writing press releases, game previews, recaps, biographies [and so on]. As a statistician, I oversee a crew that does stats for all home games, and I distribute that information to our website and media outlets.”

“My position is very writing-oriented, but a lot of people in the [sports media] industry have non-communication backgrounds. From my two advanced sports writing classes to learning the nitty-gritty details of Associated Press Style writing, I believe my time at UT helped advance my career faster,” Lively said. “I learned these skills before getting into the field compared to many of my coworkers, who did not have that background and have to develop those skills on the job.” 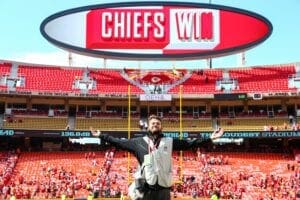 Austin Perryman is the director of photography for the athletics department at MSU. He is in charge of all things related to sports photography. At UT, he began as a student football equipment manager and worked his way up to a student photographer and later digital media assistant for Tennessee Athletics. He has also interned as a seasonal photographer for the Kansas City Chiefs and did freelance editorial work for the Tennessee Titans.

“I oversee photographic coverage of all games, practices and events for all of our 14 intercollegiate sports along with organizing and directing studio portraits of these teams,” Perryman said. “On top of covering our teams’ events, I am responsible for providing photos to local and national media when those outlets cannot send a photographer to cover them.”

When talking about what the JEM program had to offer him, he pinpointed two professors and what he took away from their classes.

“During my time at UT, I learned to tell stories in a more visual way than I ever knew before. Rob Heller’s photojournalism classes made the biggest difference in this aspect because his classes made me think outside the box and see things in different ways,” Perryman said. “I learned a lot about networking from Dr. Sam Swan’s classes that taught me how to reach out to people who had the jobs I wanted and to soak up as much information from them as possible.”

While some alumni have gone on to work for universities and sports networks, others have made their mark through entrepreneurship. 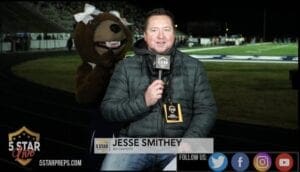 “My first and foremost responsibility is lead reporter. Breaking news and reporting on the tougher stories like coaching changes, TSSAA sanctions, and player transfers typically fall in my lap,” Smithey said. “Since I am an owner and the lone editor, I need to take the lead on these story subjects. I don’t have full-time staff, so that can’t be delegated to a freelancer.”

Smithey balances those responsibilities with planning and assigning the coverage for the website and social media, operating his brand’s social media accounts and assisting with selling sponsorships. To add to his long list of responsibilities, he is the lead voice of 5Star Prep’s podcast and Friday nights post game show, ‘5Star Live,’ during the high school football season.

“The biggest takeaway I got from [CCI] was the real-world experience. While at UT, I got to work for the Daily Beacon and Athlon Sports,” Smithey said. “I got into journalism late in my college career, but the experience I gained at UT and the help my professors gave me helped pave the way into the start of my professional career at the Knoxville News Sentinel in 2002.”

Along with her entrepreneurial work, this alumna has to balance it with her job at Yahoo Sports. 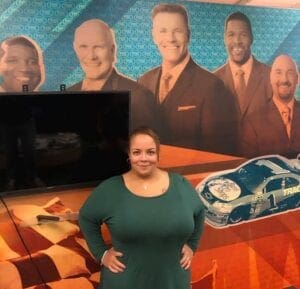 Alice Mitchell is the Mobile Notifications Editor for Yahoo Sports, where her job is to create and send out all of the sports related push notifications on the company’s app. She has also managed her pro football blog for 11 years and her podcast “She Knows Pro Football” for two seasons.

She explained that taking different sports media courses at UT helped her navigate the field.

“I took Sports Writing and [a sports reporting course], which, until I took those courses, I wasn’t aware were two completely different avenues in sports media,” Mitchell said. “It benefits to know how to write compelling sports stories, but also how to report a story without adding personal opinion. [The media diversity class] also helped me to understand how simple wording can change an entire view of a scenario.”

Mitchell also explained why building portfolios is beneficial to finding the right job.

“It isn’t easy to break into sports media, and you will hear a lot of ‘no’ before you hear ‘yes.’ Start a podcast or a blog– or both– to get your writing and your voice out there so you have something to show people if they want samples of your work,” she said. “Keep working at your craft every single day, and know the right opportunity will come along eventually.” 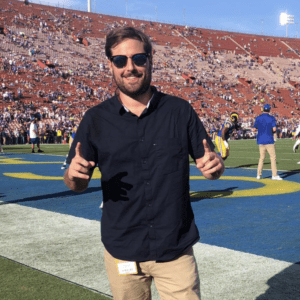 Sullivan explained that part of getting a sports media job is standing out from the crowd.

“UT helped me get a foot in the door,” he said. “I was told very early on to say ‘yes’ to every opportunity that came my way at Tennessee. Without UT, my resume would have been another application in the pile.”

Like many alumni have said before, experience is a key factor to success, and Sullivan agrees.

“You will have three different people’s jobs wrapped up into one. It doesn’t matter if you want to produce, edit or be in front of the camera,” he said. “Try to get as much experience as possible while in school because you will more than likely use it.”

Another alumnus who covered sports for the Daily Beacon is Damichael Cole. Now, he covers sports in a major media market. 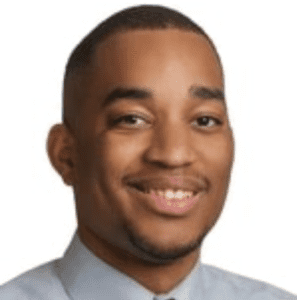 Cole also said that media experience is essential for students.

“The biggest takeaway for me was the opportunities available to work in student media. It was a tough choice [among] WUTK, the Daily Beacon and TNJN, but each offers a good chance at getting early experience in the field that will prepare you for post-graduation,” Cole said. “Also, working outside of the classroom made the in-class experience better and more worthwhile because it gives you more questions to throw at professors to learn more.”

These alumni agree that it takes skills, experience and networking to score jobs in a highly competitive playing field. JEM offers students a chance to not only learn from professionals, but also gain experience working with student media outlets.