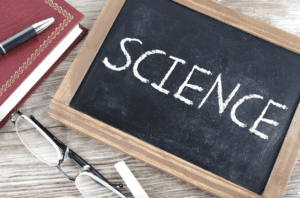 One of the perks about studying Journalism and Electronic Media (JEM) at UT is the amount of local resources that students have access to. From interning at the Knoxville News Sentinel to Discovery, Inc. to Oak Ridge National Laboratory (ORNL), there are ample opportunities to combine the communications field with other specialties.

ORNL is known around the science and technology communities for many things, one of those being its Spallation Neutron Source (SNS). Essentially, this accelerator-based system sends proton pulses to a steel target filled with liquid mercury. Then the neutrons move toward different instruments of varying capabilities that assist researchers in a broad range of disciplines.

Jeremy Rumsey (2014) works at ORNL as a senior science writer. There he writes press releases and features about scientific discoveries at the SNS as well as the High Flux Isotope Reactor. 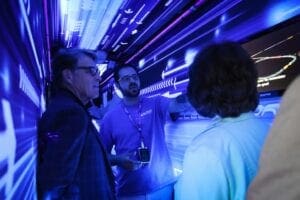 “Writing for The Tennessee Journalist (TNJN) at UT gave me practical experience interviewing, fact checking, reporting and publishing,” he said. “It allowed me to apply classroom learning to real-world experiences, which led to other opportunities such as internships and ultimately a very rewarding career.”

During his time at UT, he said that learning how to verify information and understand what trustworthy sources are were the most important lessons to him. This led to his passion for journalism and his drive to provide readers with facts.

Like many other JEM alumni, Rumsey joined a student media group on campus to gain more journalism experience.

“Writing for The Tennessee Journalist (TNJN) at UT gave me practical experience interviewing, fact checking, reporting and publishing,” he said. “It allowed me to apply classroom learning to real-world experience, which led to other opportunities such as internships and ultimately a very rewarding career.”

For future science communicators, Rumsey said to never assume that you have a perfect understanding of the science without talking to an expert because reputations are at stake when you report information. 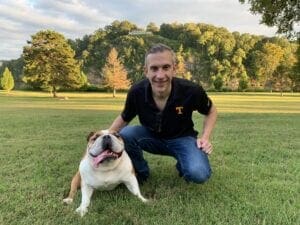 His core responsibility is to promote all of the research that scientists conduct at ORNL. By doing this, he is helping to position ORNL as a leader in computing and data research and development.

“In this capacity, I regularly write about big data and cutting-edge technologies, work with the media to provide access to researchers, create marketing plans and strategies to promote the laboratory against competitors and ensure that our funding agencies remain abreast of all major developments,” Jones said.

When he first started working at ORNL as a science writer, he wrote about supercomputing, another notable aspect of the research facility. ORNL is home to Summit, a supercomputing system designed to help solve challenges in energy, artificial intelligence, and human health among other research areas.

Additionally, ORNL will launch its newest addition to its supercomputing network later this year with Frontier, one of America’s first exascale systems.

Jones said that finding a niche is important because some employers find that more valuable than not. He also said that the JEM program helped him narrow down his career path; this ultimately led to Jones earning his master’s degree in Science Communications.

“My biggest takeaway from the program was that there are other career paths outside of traditional reporting that allow you to learn and write about science,” he said. “Not only that, but they are often more rewarding, more secure and more profitable.” 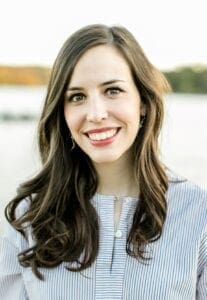 Like Rumsey and Jones, Jenny Woodbery (2009) also works at ORNL, but she is a digital media specialist. Her roles include managing social media for the lab as well as producing short videos to accompany press releases and feature stories. Additionally, she writes, produces and co-hosts ORNL’s podcast, ‘The Sound of Science.’

During her sophomore year, Woodbery began working as a staff writer for the Daily Beacon. She said that being a staff writer helped her learn how to interview sources, write better, collaborate with editors and get accustomed to the life of ever-present deadlines. When she became editor-in-chief the following summer, she gained hands-on experience about how to run a newsroom.

It was Woodbery’s professors who encouraged her to get experience outside of the classroom, which led to her interning at the Knoxville News Sentinel. There, she wrote more than 40 articles, which would later help her land a job after graduation.

“It was also there that I learned how to make short videos for the Web, which is something that I’ve done throughout my career. I was always appreciative that the JEM program was so supportive of these experiences,” she said.

Additionally, Woodbery said that being a science communicator does not mean you have to be a science expert.

“Before coming to the lab, my scientific knowledge was pretty basic. However, this has served me well because I’m able to digest the information and relay it in a manner that the general public can understand without getting too far into the weeds about the subject matter,” Woodbery said. “I always jokingly say that I’m the audience I’m trying to reach. Constantly learning about new studies being produced by our scientists always keeps my job interesting and exciting.” 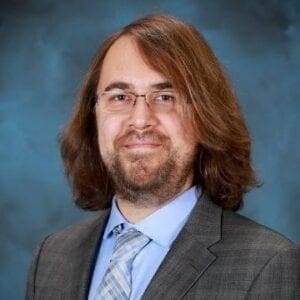 Eric Gedenk (2012) is a science writer for the Gauss Centre for Supercomputing (GCS). His job consists of reviewing scientific publications and progress reports by scientists and engineers. Additionally, he researches their fields to develop a better understanding of their work, and he writes features about their work that are understandable to common folk.

One of his specialties is being fluent in English and German. This led to him taking on the role of an editor for the organization’s biannual magazine, InSiDE. Furthermore, he does some German-to-English translation for other print and website content at GCS.

Through the encouragement of his professors and another JEM alumnus, Gedenk took the chance to study abroad in Prague, Czech Republic, and then took a science writing course when he returned to Rocky Top. With guidance from JEM professors, he learned to dream big and pursue opportunities outside of his comfort zone.

During his senior year, Gedenk became the science editor for TNJN.

“By that point, I had worked as an intern at ORNL for about a year,” he said. “My internship served as excellent experience in learning how to be a professional science communicator, and TNJN was my first opportunity to try and apply those principles to a team myself.”

Gedenk said connecting with fellow students who worked with student media groups or who had internships while in school was beneficial. Many of his fellow classmates ended up being his co-workers too.

He also said that students should actively pursue science internships on campus and around Knoxville to refine their skills in a professional setting. For future science communicators, he said that interning will provide valuable skills and insights that directly apply to the science writing curriculum.

Additionally, Gedenk said that the JEM program prepared him by emphasizing specialization in subjects and not just one specific skill.

“As the media landscape becomes more specialized and fragmented, being successful in a communications job means being knowledgeable about your subject– whether that is combustion simulations on a supercomputer or college football– while often doing some combination of your own writing, photography, website design and video editing,” he said.

With the many student media opportunities on campus as well as the internships available off campus, JEM students who are interested in pursuing science communications will be able to graduate with the field experience required to open many doors.