The Reuters Institute for the Study of Journalism published Assistant Professor Joy Jenkins’ digital news report titled “Publish Less, but Publish Better: Pivoting to Paid in Local News” on Sept. 24. Her research revealed that newspapers need to shift their focus to maintain lasting relationships with their consistent viewers rather than trying to reach more audiences and “fly-by” visitors. 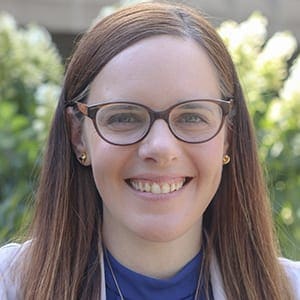 Jenkins, an assistant professor in the School of Journalism and Electronic Media at the University of Tennessee, began researching this topic in 2017 while at the Reuters Institute.

“During my time [at the Reuters Institute], my focus was on researching local news around Europe and trying to understand some of the challenges those outlets face – particularly newspapers – and some of the opportunities and how they responded to shifts brought about by digital news consumption,” Jenkins said. “I did my first report in 2017 and went and visited these newsrooms to talk with the journalists and editors there just to get a sense of how they feel about the changes in their newsrooms, how they’re responding to those and what they see as the biggest opportunities for them. We published a report based on that.”

Around this time last year, she was curious about how things had changed for these news organizations, so she revisited them. She interviewed 20 managers and editors from eight local and regional newspapers in four countries: France, Germany, Finland and the United Kingdom.

“There’s a lot of [research] happening around local news right now, which is wonderful, but it’s often centered on the U.S.,” Jenkins said. “We don’t often get to see comparisons on how different countries are responding.”

During her work in 2017, changes in the industry were shifting ideas about how newspapers can make money online.

“Most of the shifts they’ve seen revolved around putting more priority on online subscriptions and trying to get people to subscribe or pay for individual articles or engage in some other way so that [the newspapers] can start to build that base,” Jenkins said. “I went in with a broader set of questions, but what ended up becoming most interesting was that “pivot to paid.””

This “pivot to paid” reflects the fact that legacy news organizations are “increasingly looking to subscription and membership or other forms of reader contribution to pay the bills,” according to the 2019 Digital News Report from the Reuters Institute.

“One of the takeaways I found really interesting was that, in addition to the realization about how large audiences are less valuable perhaps than loyal, dedicated readers, there was this sense that they don’t want to produce a bunch of content designed just for attracting numbers, and that is something that is prevalent with news organizations around the world,” Jenkins said. “The interviewees said they really need to focus on what they call “high value content” and really invest in investigative work, data journalism, solutions journalism, profiles, pieces on the history of communities and service pieces. Those are the ones that people might be willing to pay for.”

Because Jenkins conducted the interviews for the report before March 2020, they did not capture the challenges presented by the COVID-19 pandemic. So, Jenkins reached out to her interviewees for follow-up interviews about the effects of COVID-19 on their publishing efforts and added this information to her report.

Jenkins said she hopes her report helps news organizations understand how others are responding to the same challenges.

“My hope is that journalists – particularly those working in local, metro and regional news – can read this and take some ideas from what other outlets are doing,” Jenkins said. “In terms of editorial projects they’re working on, how they’re leveraging social media in more effective ways and how they are reorganizing their newsrooms to try and be more responsive to creating high-quality online news, it’s helpful to see that there are strategies that are working and things that local journalists are optimistic about. There are still massive challenges, but being able to see a bit of hope in these approaches is reassuring.”